Sprite shower filters work on a similar principle to a Catalytic Converter in an automobile. In shower filtration free-chlorine is converted into a harmless chloride. The scientific name for this chemical reaction is known as "Reduction-Oxidation", commonly referred to as Redox.

In the shower environment, chlorine can either be in liquid or gas state. At higher water temperatures in the enclosed shower stall, free-chlorine moves from the liquid to the gas state, where it vaporizes and is subsequently inhaled.

Redox reactions can be chemically complex. Simply stated, during a Redox reaction electrons are transferred between molecules, creating new elements. For instance, when free-chlorine comes in contact with the filtration media, it is changed into a benign, water-soluble chloride. This reaction changes free-chlorine to a larger chloride molecule. This new salt-based molecule requires more energy (heat) to evaporate than a water heater at industry-standard maximum temperatures allows and is too large to be absorbed by the skin. It is then carried harmlessly through the water supply.

...is one type of Redox filtration media. Researched, developed and patented by David Farley, CEO of Sprite Industries, Inc., Chlorgon converts free chlorine and some combined chlorines to a harmless chloride salt. A proprietary blend of Copper, Zinc and Calcium Sulfide, Chlorgon works well in a variety of temperatures from hot to cold. It is also the active ingredient for Sprite's Mediterranean Blue: De-chlorinating Bath Salts.

The temperature of tap water ranges from 60- 75 degrees (F).

The flow rate of most drinking water filters is less than 1/2 gallon per minute (GMP).

Even using cold water, a minimum of 5x the amount of carbon would be necessary to filter the shower water. 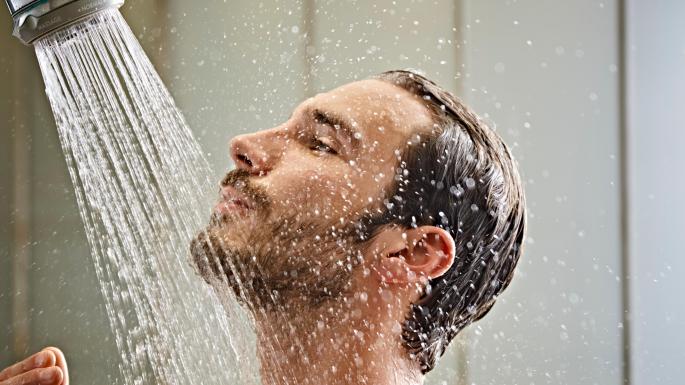 Even with cold water and a 5x larger carbon filter, the filter would have to be an additional 12x larger, or a total of 60x the size of the original tap water filter.

Carbon is a cold water filter. It is most effective at temperature ranges of 50-80 degrees (F). At higher temperatures, carbon becomes ineffective. It will "off-load" and release contaminants into the water. Sprite shower filtration media was designed for hot water, becoming more efficient as the water temperature increases.

Of course, you don't shower in cold water and wouldn't use a 60 lb. shower filter. And we wouldn't cut a carbon filter in half and expect it to adequately filter shower water. Instead, Sprite invested a great amount of research in developing a line of realistic catalytic shower filters that filter both free and combined chlorines, dirt, sediment, odors, hydrogen sulfide, iron oxides, and more, from your shower water. 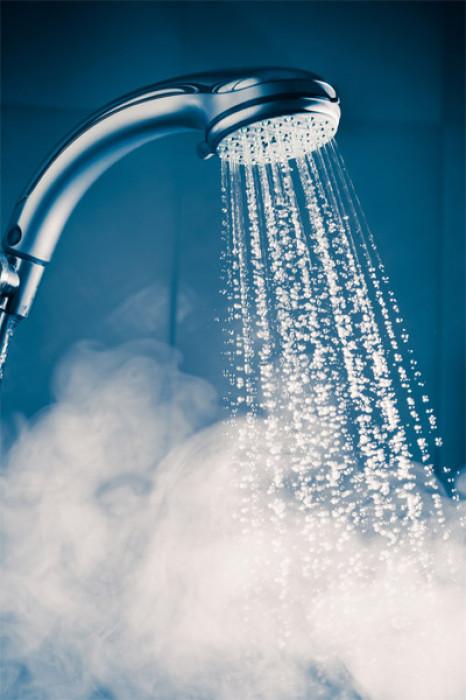