Apartment Therapy‘s co-editor, Gregory Han, decided to put the IQAir HealthPro 250 through some rigorous testing. He compared it with two consumer grade HEPA air purifiers in his studio apartment in urban Los Angeles, California. His conclusion after testing the HealthPro 250 with a laser particle counter and observing its effect was impressive.

“It’s one of the few products that completely lived up to its claim with immediate noticeable effects in a real world environment.” said Han.

Apartment Therapy is an interior design blog network serving up a daily mix of news and reviews for stores and products. With approximately 1 million unique visitors per month and over 4.5 million page views, Apartment Therapy is a destination site. As featured in the New York Times, New York Post, The Daily News, The Washington Post, Newsweek and Time Magazine, the site has been exemplarily in reviewing the very best products.

IQAir is a Swiss-based air quality technology company that since 1963 empowers individuals, organizations and communities to breathe cleaner air through information, collaboration and technology solutions. 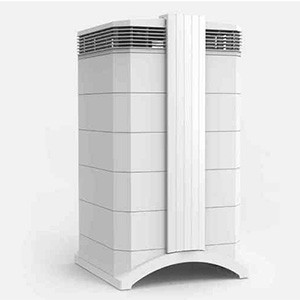